Agostini in Soho // by Scott Sherk 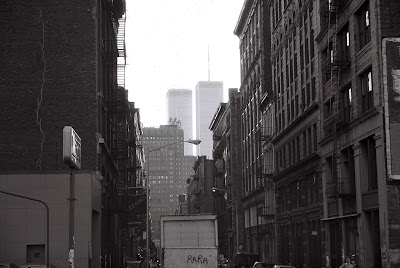 One day, sometime in the 70’s when I was attending Haverford College, I was invited by my teacher, Chris Cairns, to go to New York to do something with Peter Agostini.  Chris had organized a retrospective exhibition of Agostini’s sculpture at the college, and we were returning the work to Agostini’s Greene Street building.  I seem to recall that we had some difficulty locating Agostini—the buzzer at the building was either non-existent or broken.  There was waiting around.

Soho in those days was a very different place.  Large trucks were parked along the loading docks and the area looked rough.  The sidewalks were mostly empty with an occasional worker passing.  Trash was present.  Greene Street was barren— no boutiques, no bars, no cappuccino, no tourists.  I was left on the street to guard the van.  Sometime later I was sent out to find coffee, which I bought from a window somewhere, maybe on Broome Street.  There were no restaurants.  Sometime later, I helped load things into Agostini’s elevator and into the basement.  Upstairs his loft was raw, filled with stuff, and very dark.  He was still living in the East Village.  I vaguely remember a washing machine.
Eventually Chris, Agostini, and I walked over to West Broadway. Chris and Agostini were deep in conversation with me following a step behind when we were hailed from across the street, “Peter!  Pete! Great to see you!”  Agostini stopped in his tracks and turned to face a dapper young man who was rapidly crossing Spring Street.  The guy was really happy to see Agostini and gushed about him and his work.  This short conversation reached its climax when he said something like, “Let’s do something, Peter.   I really want to show your work.  Let’s do a show.”  Agostini looked alarmed and said, “Can’t you see I’m talking to my friend Chris?” and we walked away.
“Jeez”, I thought, ”so this is how it works”. 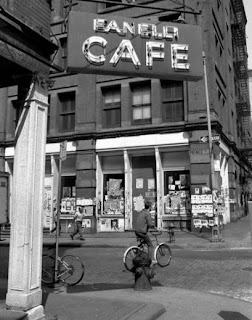 Scott Sherk is an artist living in Pennsylvania with his wife, artist Pat Badt.  He is a professor of art at Muhlenberg College and his work is exhibited regularly at the Kim Foster Gallery in New York.  His work can be viewed at thethirdbarn.org.

Learn more about Peter Agostini on his profile.