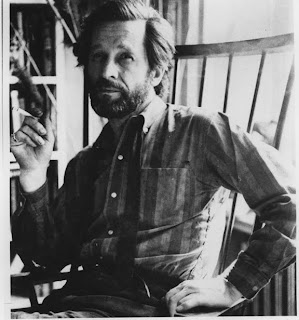 "That is the prime thing—to generate 'up'—leverage, elevation. The balloons rising, clothes on a line being picked up by the wind. The same with my horses. Whatever use they are, my horses are about flight, bursting out."
(Peter Agostini) 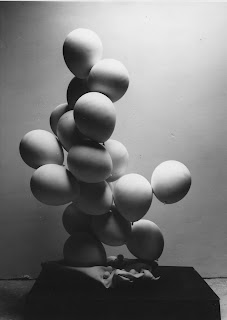 Peter Agostini exploded on the New York art scene in 1959 with his first one-man show at the Galerie Grimaud. He was 45 years old. In 1960, he began showing at the Stephen Radich Gallery and, over the next few years, was celebrated by Time and Art News and participated in the 1964 World’s Fair exhibition, alongside Roy Lichtenstein and Robert Mallary.

Prior to his debut, Agostini worked as a mold and mannequin maker, skills he learned during the Depression as part of the WPA. He made sculpture in his kitchen, which doubled as a studio. In this tiny space he made horses, burlesque queens, and heads in clay and wax.

"One person who really motivated my mind was Michelangelo. Raphael was another. And Botticelli. What about their works? I have no idea . . . the essence—the life force—that they imbued into their pieces. They made what was, real. I’m not talking about realism. I’m talking about creating a reality." (Peter Agostini) 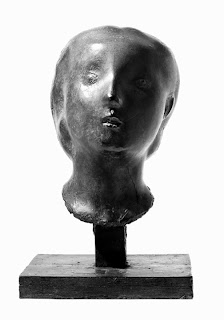 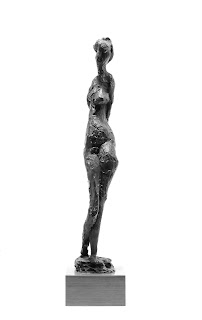 Peter Agostini was born in Hell’s Kitchen, a then-tough neighborhood on New York’s West Side, in 1913. His mother died when he was three, and he spent some time at a school for orphans before his early education in a Catholic school, which ceased after the eighth grade. Agostini was a self-taught artist whose only art training was one year at the Leonardo Da Vinci School in midtown, a school run by the sculptor Onario Ruotolo and sponsored by Benito Mussolini. Ambitious from the start, he made a 40” plaster figure, The Swimmer, while in attendance. At Leonardo Da Vinci, Agostini met artists George Spaventa and Nicolas Carone, with whom he had life-long friendships.

In the late 1950’s, Agostini moved into his first studio on 10th Street. His work of that time was impulsive, and to accommodate its spontaneity, he began fashioning sculpture directly in plaster, working it in its fluid state. In the 60’s, his plaster work was distinctive for its extreme immediacy. Anticipating Pop Art imagery, he cast and assembled with incredible assuredness newspapers, balloons, egg cartons, clotheslines, pillows, corrugated cardboard, truck inner tubes, bottles – all sorts of disparate objects – “frozen from life.” He made “instant sculpture” whose characteristics were speed, luminosity, and explosiveness that ran the gamut from figurative to abstract. He had a great gift for enlivening inert matter, and a fluid control of the unyielding materials he used. 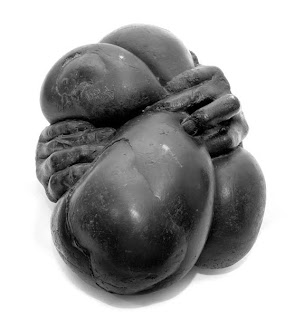 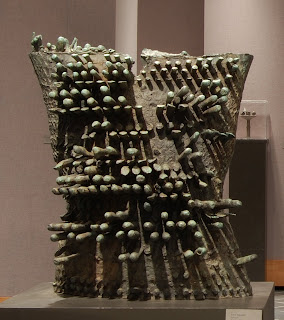 In 1960, Agostini was hired by Andre Racz at Columbia to teach sculpture and drawing. He had had no previous teaching experience and had to invent his own way. His approach was to direct the student’s observation through demonstration, without giving any verbal instruction. This hands-off teaching style appealed to many young students, including Christopher Cairns, Bruce Gagnier and Jonathan Silver. As a teacher Agostini combined an intense charismatic charm with a certain detachment, always putting emphasis on personal expression. His approach had no artifice and his presence was electric. He consequently had many devoted students. In 1969 he joined Spaventa on the faculty of the New York Studio School where he often worked from the model alongside his students. Agostini also taught for many years at the University of North Carolina, Greensboro and was a Distinguished Visitor at Haverford College.

In the 1970’s and 80’s, Agostini returned to figuration, producing a series of old men, female heads and large horses. For Agostini, there was no difference between representation and abstraction. In their commitment to mass and form and in the masterful modeling technique employed, these works were as related to his “swells” and “squeezes” of the 1960’s, as they were influenced by Michelangelo and Leonardo. Grounded in his lifelong habit of drawing from the figure, and reflecting his personal experience of aging, these works demonstrate consummate observation and distillation of form, and marriage of subject to that form.

"Meaning is always a big problem. Like in art, you don’t really know how to get it. But when it happens, it’s already enough. The power of meaning is a very, very difficult thing to approach." (Peter Agostini)

Agostini showed regularly at the Radich Gallery until 1969, when the gallery closed. He subsequently showed at the Zabriskie and Bernice Steinbaum Galleries, among others. By the end of his life, Agostini’s work would appear in more than 25 one-man shows and more than 100 group shows world-wide. His work can be found in numerous private and public collections, including those of the Metropolitan Museum of Art, the Museum of Modern Art, the Guggenheim, and the Walker Art Center. 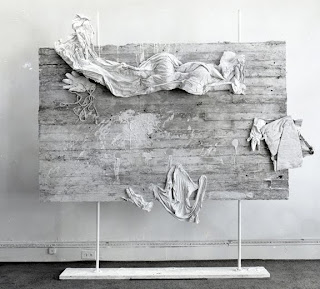 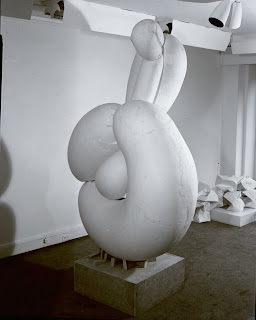 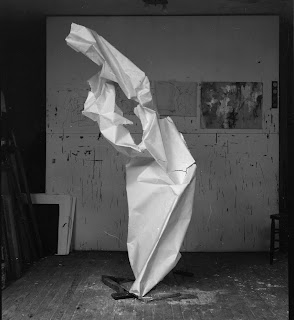 Text adapted with permission from an essay in the exhibition catalog for the 2006 show Five Sculptors.

Additional photos of Peter Agostini’s work can be viewed on our Flickr page.

Posted by Alexis Cairns at 4:52 PM