In the sixties, he drew in Peter Agostini's class at Columbia, and in studios on 14th Street and Spring Street in Manhattan, where, for a few bucks, you could draw from the model for several hours.

In the afternoons, he would drop in at the New York Studio School on 8th Street--into classes taught by Peter Agostini, Chris Cairns or George Spaventa--and stand in the corner and draw while smoking cigarettes.

He drew at the Metropolitan Museum of Art from art of the distant past, including Greek and Egyptian sculpture.

Later in life, he would draw at night in front of the television while watching crime drama Kojak or New York Mets baseball.

Silver, who was left-handed, usually drew small--8 x 10 inches or less--using a standard Number 2 pencil with an eraser on the end, often on pads of paper his friend Bruce Gagnier would bring back from Sennelier, in Paris.  His drawings were highly restrained, tightly constructed, exact, and disciplined.  He admired Da Vinci and Michelangelo for their rigorous approach, and adopted from Agostini, whose drawings he especially emulated, a method of making a line with a heavy, abrupt ending point--almost a dot--at the end, like a period at the end of a sentence.

Away from the model, his subjects were most often heads or figures--also methodically composed and constructed--mirroring whatever he was doing in sculpture at the time, until the very end of his life, when, as lung cancer was swiftly killing him, his subjects--animals and humans--became more fantastical and frightening.

Three drawings from the 1970's 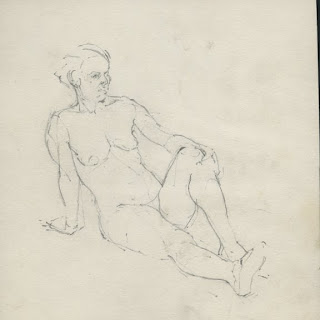 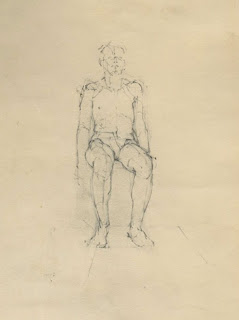 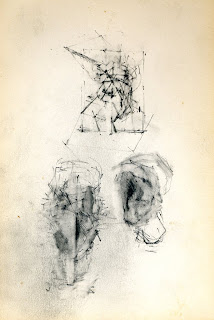 Three drawings from the 1980's 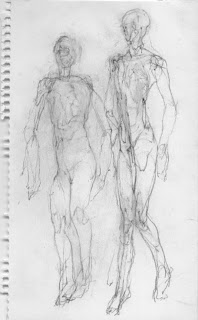 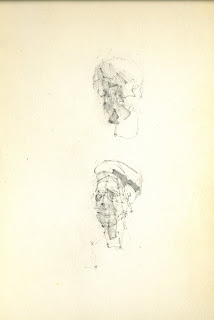 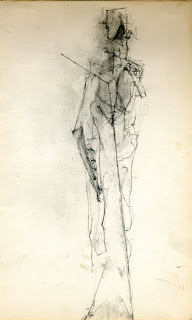 Three drawings from the 1990's 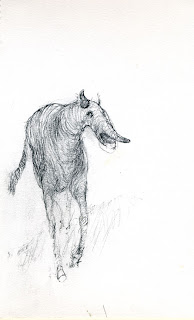 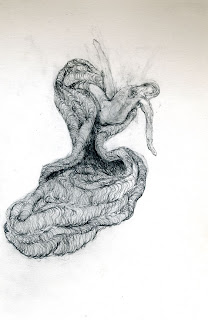 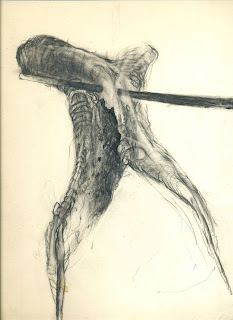 See more drawings by Jonathan Silver on our Flickr page.

Learn more about Silver on his profile.
Posted by Alexis Cairns at 4:54 PM